England packs a big punch for such a small country. England will add to everybody’s must-visit bucket list, with its stunning scenery, its award-winning beaches and many characteristics. There are so many places to visit in England outside of London!

The vast history of England has touched upon the lives of ordinary people around the world in ways that they can’t even begin to understand, fostering economic development in Asia, initiating Africa’s deconstruction, and giving birth to the United States.

As regards England as a country, typically people on one side or the other are about their true feelings about the nation. Either they love it vehemently, or they hate it passionately.

This narrow perception of one of the longest established national-states, according to recorded history, is always at the forefront of the mind of the people when they read or investigate the place.

Best Places To Visit In England Outside Of London

Nevertheless, given its historic achievements and concerns, it is a place that can be enjoyed easily, particularly for travellers.

Here is my list of some of the best places to visit in England outside of London.

Devon & Cornwall is the ideal place to visit English towns, cream teas and country pubs. It is definitely one of the best places to visit in England outside of London.

Most people don’t know that England has some beautiful coastline and my favourite beaches are on the south coast of Devon. The best surfing in the UK is on the northern coast of Cornwall, with Polzeath and Newquay providing outstanding waves.

The tiny fishing village of Port Isaac and Padstow has some of the country’s most excellent restaurants. If you want to mingle with wealthy, well-known and maybe a royal spot or meet your own Prince Harry, make your trip to Rock-Britanny to St Tropez.

Get into the academy and enjoy the architecture of the many colleges in this famous university city. Many prominent scientists and artists have graduated from the worldwide renowned Cambridge University, including Newton, Darwin and Wordsworth.

Cambridge itself has lovely medieval houses, courtyards, parks, bridges and many shops, bars and restaurants. Cambridge is located on the Cam River in the East of England.

Take a picnic and a few strawberries on the river. ‘Punting’ means pushing a boat by a giant stick down the river – please don’t fall in like an English version of a gondola!

Brighton leads it more than fashion; it’s full of the wackiest, most vibrant, most excentric, up-and-coming and imaginative people. It is a relaxed coastal town on the south coast of England with plenty of shopping and a great nightlife. Brighton is a brilliant mixture of lively city life and carefree beach life.

Brighton has famous landmarks, including the Royal Pavilion, the birthplace of King George IV, and Brighton Pier, the Victorian Promenade, just 50 minutes away from London. There are surf shops, art galleries, fish and chip shops and buskers on the seafront. The city is also home to festivals – not only the Brighton Festival, Britain’s largest celebration of arts but comedy, music and food festivals all year round.

Brighton happens to be England’s gay capital, so Brighton Summer pride is the greatest gay and lesbian pride festival. The Burning of the Clocks takes place in December to welcome the prolongation of the days, in which people bring lanterns through the area, culminating in a large pyrotechnical and firework display.

The Cotswolds are located in central-west England and are renowned for the gentle hillsides, the dry stone walls and the quiet calcareous villages. It is situated between the towns of Stratford Upon Avon, Oxford and Bath, covering about 790 km2 – it is the largest area of ‘excellent natural beauty.’

It includes the famous Bath spa town and the horse racing town of Cheltenham. Every year in March the Cheltenham Gold Cup horse race takes place and forms part of a week-long celebration, the Cheltenham Festival.

The Cotswolds is also a chic place with popular tourists and locals, renowned restaurants, gastric pubs and farmers ‘ markets. The area is terrific with manor houses, museums and gardens to enjoy.

The Dales of Yorkshire

Yorkshire people have a no-nonsense attitude, a great sense of humour, a cup of builder’s tea and a big Yorkshire pudding.

You also have lovely dales and heather moors, excellent for walking, walking and mountain biking. You can still take a steam train if you don’t want to travel.

This is home to one of the world’s most famous football teams. When you travel anywhere in the world, even in a faraway country, people ask, “Do you support Manchester United?” Therefore, why not take the opportunity to visit the home of the reds and see an Old Trafford game.

Manchester’s other export is the Oasis community, and without an evil version of Wonderwall, any karaoke night abroad will not be complete. The MEN Arena is an excellent venue for famous music events, and Manchester’s music scene is lively and original.

England’s second-largest is a multicultural industrial city. Seek a curry on the Curry Mile, visit the Lowry and the Art Galleries. You can also explore the past of Manchester at the URBIS Museum.

Manchester has a tram network, and a full wheel provides views of the city and the surroundings. The Northern Quarter, Deansgate and Castlefield are the centres of nightlife. Manchester is an original mix of old and modern with sections restored after the IRA blast in 1996.

Windsor, a historic city, conveniently located a short train ride west of London, offers a lot of fun for tourists. Along with the beautiful Thames sides and the many medieval semi wooden buildings along its picturesque paved lanes, it houses the spectacular Windsor Castle. It is one of the most renowned royal castles in the UK.

This grand old castle served for more than a thousand years as the summer home of the British aristocracy. It remains the most critical inhabited castle in the world.

Among the elegant highlights are the beautiful state apartments with the Queen’s Room, the restaurant and wood carvings and St. George’s Chapel, famous as the residence of the Knights and Ladies of the ancient Order of the Garter.

Once you have filled these historic buildings, take your time to explore the vast and beautiful land of the castle. It is nearly 10 kilometres long. Here you can enjoy a truly memorable panorama of Windsor and its castle.

Legoland Windsor, a fun family resort situated on 150 acres of parkland and just a short bus ride from the town centre, and Royal Ascot. It is the most popular horse-riding location in the UK, are both worth to be visited.

One of the most popular touristic attractions in North England is the historic city of York, long the ecclesiastical capital of the Church of England, with one of the most splendid cathedrals in the world. York Minster, the country’s biggest medieval church, has its origins in the spread of Christianity in the 3rd century. Although, the impressive Gothic building today was built about 1,000 years later.

The highlights of a tour include the ability to see the stained glass windows of the 14th century. You can also see the richly decorated choral and northerly transept interiors. The crypt, which contains parts of the original church of the 11th century the cathedral now stands on, is also worth a visit.

The ancient town walls stretching for almost five kilometres around the historic medieval city centre offer excellent panoramic views. This narrow road stretches from the XIVth century, famous for its beautiful old wooden buildings, many hanging on the street below. This neighbourhood is also renowned for its many pubs, tearooms, shops and galleries.

York also has several major museums, the national railway museum being the most popular. Highlights of the extensive collection of this museum include many significant old steam engines from 1820 on, plus a rare set of Royal Trains.

Every corner of England is enriched by medieval towns, historical monuments, Norman castles, and the classical palaces. There are also prehistoric sites and some of the best places to visit in England outside of London, such as the Romanesque and northern ruins and relics of the World War. The history of the Norman Invasion, 100 years of War, English Civil War, Waterloo Battle, London Great Fire also contribute.

There are many other interesting facts such as Jack the Ripper’s unexplained murders also belong in England. The English Revival and Victorian decline remind of charming and traditionally English towns like Oxford, Cambridge, and York.

Weather talk is one of England’s main pastimes. But the beautiful landscapes of England change colours and character when it comes to the season.

You want to play a sports game or two if you visit the UK. This enables you to get a unique experience of cheering an alien team together with tens of thousands of enthusiastic fans.

Many regions of the UK offer a vibrant art culture that should allow you to make your next trip complete. Some of the world’s most famous musicians and performers come to London and other areas of the UK. They go here to sing, compose, compose and dance.

While some parts of the United Kingdom offer more culture than others, other things can certainly be seen and done. London has some of the world’s biggest and most historic theatres.

It makes real sense for this part of the world to be central to theatre and culture. Especially when you think Shakespeare came from. In the UK, you can find plenty of culture and entertainment with many local music festivals and arenas. 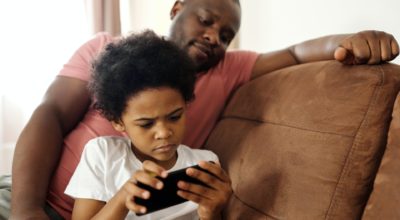