The question “how to raise a high-achieving child?” is probably one of the most frequently asked questions of new parents. If, however, they don’t say it out loud, it’s surely a thing that lingers in their mind. Why? It’s because all parents definitely want a child that has the “X-factor.” That X-factor is the ability to conquer things that he/she wants to conquer. To put it simply, every parent wants to raise a child that is an achiever in whatever things, dreams, or passions he/she will grow interest in. At the same time, if they can raise a really high-achiever one, they will surely not back away from the idea. So now, how do you actually raise a child like that?

As a new parent the first thing you have to be certainly wary about is your child’s early years. It has already been proven by countless studies and researches that the early childhood is the most important of all life stages. Why? The time of birth up to eight years old is indeed the period of tremendous growth across all areas of development. Take note that it’s in this period where your child’s foundations are beginning to form. For this reason, this is truly a sensitive and vital phase you can’t take for granted.

Moreover, this stage focuses upon skill development in all areas. You will see your child own his/her body. As time pass by, the child will learn more and more movements. Furthermore, these physical transformations and progresses are accompanied by cognitive and language development. These refers to the child’s ability to make sense of things around them. Language is absolutely a tool to enhance the cognitive development which is significant to your child’s healthy growth.

Now, this may already be the point where you are asking about the connection of these things with raising a high-achieving child. At this point, it’s already a no-brainer that your conversations with your child during his/her early years are that important. If you want to raise a high-achieving child, it means that the child must have excellent cognition above all things. For this mere reason, you have to look out for two important factors early on: the quality of conversations and the quality of language used in those conversations.

There was a study called Beyond the 30-Million-Word Gap: Children’s Conversational Exposure is Associated with Language-Related Brain Function. Some of its contributing authors are Rachel Romeo and Martin West from Harvard University, Julia Anne Leonard from Massachusetts Institute of Technology, and Sydney T. Robinson. Furthermore, their research says that the type of conversations parents are having with their children varies among socioeconomic groups. For example, parents who earn less tend to have lesser interactive conversations with their children. Moreover, they also tend to introduce fewer word vocabularies to their children.

The key here is interactive conversations or conversations that occur back and forth between parents and their children. If you want to raise a high-achieving child, that is certainly the way for you to go. It means that you have to engage in not just mere talking but definitely really conversing. It means that you won’t just talk to them. When they say something back to you, you should continue the conversation by taking off from that. Then your child will learn to take off too from that last thing you said. Through this, your child’s cognitive development prospers as he/she learns more and more.

Another variable in the formula on how to raise a high-achieving child is the quality of language used. Once again, the use of the words “quality of language” already implies that there are languages that won’t do any good for your child.

First and foremost, take note that there is a language called “mechanistic language.” This is the kind of language that is detailed and explanatory. For this reason, this is the kind that you should use when conversing with your kid. This can’t be more emphasized if you want to raise a high-achieving child. Being conversely mechanistic with them means that when they ask you questions, you give them lengthy answers. Just make sure though that these detailed answers are appropriate for their level of understanding.

For example, let us say that you and your child are in a hotel. As soon as you enter an elevator, he/she asks you on why you are both there. You can also see the wonder in his/her face as soon as the doors close and you start going up. Using mechanistic language to answer the question means that you will basically explain how elevators work. This can be more favorable if somewhere along, you will stop in one of the floors where you aren’t supposed to land. This can indeed help you further explain the elevator’s dynamics. Moreover, he/she will be able to fully get the scope of things when you land on the ground level again.

Once again, the takeaway from all of these is that focus on your child’s early development stages. At the same time, put effort in your conversations, even if your child is still a little toddler. Believe that what he/she hears from you have a lasting impact on him/her. If you want to raise a high-achieving child, be fully conversing and creative with your words.

Additional tips on how to raise a high-achieving child

After giving you the basic things you need to focus upon in order to raise a high-achieving child, here are some additional tips for you as well.

First, think about what lies underneath a child or just any person in general who is achieving in great lengths. Think about the thing that makes them successful in their endeavors. You will then probably say that it’s their inner drive. Yes, it’s certainly that. However, there is still something that lies underneath that inner drive. You definitely have to peel back the onion more. In the end, you will finally realize that what lies beneath that is simply confidence.

You have to teach your child early on about the value of independence. Why? It’s because to be high-achieving means that you know where your strengths as well as weaknesses lie. It’s only in the awareness of one’s own strengths and weaknesses that you know what you need to empower and work on more. You see, if you know these two things about you, you will be unstoppable.

Now, your child won’t be able to discover those things if you will continue putting him/her under your protective wings. Teach them how to navigate on their own for their beneficial advantage.

You definitely shouldn’t teach your child by giving him/her “rose-colored glasses.” The latter is a metaphor which actually refers to seeing blindly as to how things really are. This is implied by the glasses being rose-colored or tainted.

Moreover, what this means in raising a high-achieving child, is to let them know the truths of life. Furthermore, one of those truths is that things don’t always go according to plan. Let them know that sometimes, you just win and sometimes, you just lose. Definitely tell your child that there will be lots of ups in his/her life. At the same time, tell him/her that there will be many downs too and that those can either be by mistakes or just uncontrollable.

Finally, you have to end things by explaining that both actually don’t matter. It’s because the thing that certainly matters is that they are progressing in life.

Teach your child in competing, not with others, but only with himself/herself. Your child should know that comparing himself/herself with other people is just in vain. It will only give them a jealous heart and that they won’t achieve anything at all. Instead, teach him/her to always compare his/her present self to his older self. Teach him/her the value of being better than yourself yesterday, even if that is only a small improvement.

Moreover, they have to also know how to be truly balance with this thing. They shouldn’t be too critical of themselves. At the same time, they shouldn’t be conceited to the point that they won’t see the areas of improvement in their lives.

This is an important lesson to impart with your child. Teach him/her that in order to achieve things, they have to put in the needed effort or work. Let them know that some things in life should just be let to go with the flow. On the other hand, there are also some things that just need to have hustle in them.

In dealing with your child, always come from a place that is acknowledging effort more than anything. Why? It’s because trying is always the noblest thing to do. It actually doesn’t matter how good a person is in things that he/she does. It also actually doesn’t matter if they are highly successful in their attempts at things. What really matters is if they are trying. Remember that the people who aren’t even trying anymore are the ones whom we should be sorry for. It’s because no matter the situation is, there will always be a room for improvement, even just a bit.

A child will obviously be high-achieving if he/she is focusing upon the things he/she is passionate about. At the same time, this is also the case with things that he/she is just naturally talented at. For these reasons, encourage your child to discover these things too. Moreover, you can help him/her in exploring these things as well.

Last but definitely not the least, you have to accept the fact that there will come a time when you just have to completely let go of your child. They indeed have to know the real world as it is by themselves. This is of course hard to do as a parent. Your child’s safety, in all the implications of that word, is your top priority. However, you have to remind yourself every time that they are their own person too. It doesn’t mean that you have no strings attached to them anymore. What it actually means is that it’s time now for you to lean back and just watch the amazing human being you raised.

CHECK OUT: How to Support a Child Going Through Puberty?

That’s it from me today. If you like this blog post or if you have more suggestions as to how to raise a high-achieving child, leave us a comment! Always remember that you are your child’s #1 supporter and top confidant. Make sure that you are always there by his/her side all throughout the various stages of his/her life. That is most especially true during his/her early years when everything is just starting to develop. Lastly, have an awesome, loving, and fulfilling parenting! 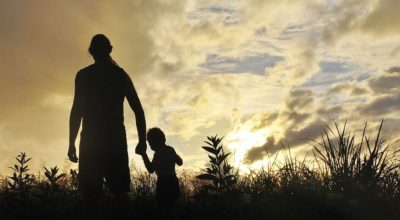