The best private secondary schools in London will always be much sought-after institutions. Whether you are a parent that is selecting a primary or secondary school for your kids, this process can prove quite challenging. Many factors come to the fore, such as quality of the educational program, cost, school location, extracurricular offerings, school environment, and so on.

In this post, we will shed light on some of these concerns. We will also identify some schools that are consistently in the ranking of higher positions. I hope that by the end of this article you will better informed to make a school selection.

What Is Considered Secondary School in the UK

Secondary school is a strong institution in the UK. It is a school system and level that makes sure that teenagers are amply ready to tackle a university education of good repute. One can also put forth the argument that the success of English schools is attributable to the reality that for centuries, most of these pillars of education are privately run. As a result of this, more money support pours in.

The abundance of monetary resources directly impacts the high level of professionals employed in these private schools. A distinguishing practice in England’s premier schools is its inclusiveness. Provided you have the resources, a parent of any nationality can elect to try to send their children to an English school. This unique privilege arms the child with a solid educational foundation, many varied acquaintances, and a foot inside some of the most well-connected networks.

Attending secondary school is obligatory for students until age 16. This stage will take anywhere from five to seven years. In the UK, children the age of 12 to 16 years old must go to a secondary school and this stage of mandatory learning is what is lower secondary. Those who finish the lower secondary level may opt for employment through jobs or move on up to further vocational training.

Others pursuing higher forms of learning go on to college. Still, some may also go to the sixth form. It is here that 16 to 18-year-old students go into preparation for education at a university.

Here are some of the best private secondary schools in London

St Paul’s inception took place in 1904. It is one of the pioneer learning institutions to advocate the significance of a comprehensive education for women. With the realization of women’s potentials, they have the tools to take part competitively in the contemporary and competitive global order. This at the core of St. Paul’s Girl’s School philosophy.

St Paul’s encourages open and cordial interaction between the student population and the school personnel.  Learning here is a joyful experience and the students explore ideas to their depths, question old, traditional ideas, and formulate new ones. Here the learning process is not so much grades and tests but is rather a passion for knowledge.  Since its inception, St Paul’s embodies an advocacy for liberal points of view.

The institution believes that intellectual growth is only attainable with the freedom of ideas. Their rules are not rigid but respectful. No uniform is part of clothing requirements and the students get support for pursuing their passions and areas of interest. The curriculum has a wide scope and provides many occasions for further individual study, debate, and examination.  Among the other offerings are music, drama, an art studio, sports as well as various clubs.

Westminster is a very old boarding and day school that has a singular claim. It is the sole learning institution that is still in its original location in London. The school often dominates the exam results league tables. Found at the heart of London, Westminster School is famous all over the world and a place here is much covetous. So much so that 10+ applications for every available slot is not surprising.

Among the offerings are day and boarding slots for boys 13-18 years old and girls16-18 years old. They take pride in a liberal education. They also distinguish themselves from other schools of like-minded academic standing through a more relaxed approach. Inculcated in the students is a joy to learn, as well as a zest to indulge interests even if they digress from traditional curriculum elements.

Westminster School is rated highest among co-ed boarding institutions. For many centuries, it is the premier choice, offering a multiplicity of intellectual training. There exists no archetypal “Westminster” student. The school is ideal for parents that want their kids to advocate a liberal, open-minded philosophy. A keen sense for growing, new knowledge for a swiftly changing world is at the core of Westminster School’s code.

This exclusive girls’ school was established in 1850 and caters to students from 4 to 18 years of age. It is constant top 5 among the British schools. North London Collegiate School since its inception in the mid-19th century has had countless girls grace its halls receive an outstanding academic formation. The institution offers a wisely crafted mix of care and trials, a cordial environment, first-rate amenities, and a wide range of extra-curricular activities to select from.

NLCS derives extreme pride in ways steeped in tradition. They aspire to mold liberated-minded girls with the motivation to capitalize on opportunities to make a difference. This was the guiding principle of its founder Frances Mary Buss, and it is to this day at the core of its goals. They have reputation for equipping their students enabling with the wherewithal to gain admission into top universities. Regardless of this accomplishment, the testing ability is not the end-all, as a dedicated teaching corps act as models for the students. They all show a passion for their respective subjects.

The NLCS way focuses on the individual and creative drive. They offer the stimulus for their students to discover their niche in life. Doing this requires both technical training along with a creative inclination and excellent communication tools. NLCS does not relent to improve and bolster their music and arts programs along with a multitude of sports choices.

There are more than 50 clubs and societies that collectively form an environment that is conducive to helping the girls to attain a relaxed personality. They are encouraged to find their special place in the world, exude confidence, and excel in all their future endeavors.

The typical Godolphin girls are characterized as friendly, fun, and down-to-earth. They have exemplary academic abilities and do well in national examinations, but they are able to remain humble in spite of these achievements.  A comprehensive curriculum combined with varied extra-curricular offerings makes student life here exemplary. It also guarantees that every Godolphin girl is able to attain her full potential and also go after her interests and passions.

The school is an academically selective day school exclusively for girls 11-18 years old. At Godolphin, students are given encouragement to engage in their ideas and ideal points of view. They also go after leadership training breaks and roles that require responsibility. They also strongly discourage placing limitations on their students and abhor stereotyping. Their unique care approach makes certain that every student is familiar to the teaching staff.  These students are nurtured with values that instill daring, inner strength, and a spirit that all is possible with determination and dint of hard work.

The girls excel and gain confidence as they pursue the many offerings that span the gamut of the arts to the sciences. An advocacy of the school is to promote civic duty and volunteerism. They also foster the spirit of fellowship with enduring partnerships with other schools and community programs. In fact, in 2018 they established the Social Impact Awards, a recognition that promotes the development of original and sustainable Social Impact programs.

King’s College School has been around since 1829 via a royal charter as the junior equivalent of King’s College London. The school at that time was in Strand. At the onset of the Victorian era, the institution’s development in numbers became apparent, and it also began to forge a reputation. Among its illustrious teaching staff were John Sell Cotman and Gabriele Rossetti. The school adopted a progressive approach in its curriculum. They had their original science master in 1855, a period during which very few places taught the subject of science.

In 1897, the school transferred to its modern-day location in Wimbledon. The junior school inaugurated that soon after and opened its doors to the public in 1912.  Today, King’s College School is an independent day school. The nearly century-old institution welcomes boys 7-18 years old and girls 16-18 years old. They have a student population of more than 1400. They are also one of the most scholastically successful learning institutions.

The school grounds encompass close to 20 acres on the southern portion of Wimbledon Common. It also occupies another 24 acres of nearby playing fields (that it owns), as well as a boathouse that is on the Putney Embankment. They not too long ago finished a multi-year infrastructure masterplan to improve the existing services. The transformation has an alternate reception via the Bannister Fletcher 1897 Great Hall, a beautiful quadrangle, and an improved and bigger dining hall. Constructed is also the addition of a new classroom area, which accommodates the lower school students.

In early 2018, a modern music school was inaugurated. It has a suite of acoustically treated rooms, larger areas for group rehearsals, classrooms, and an impressive 200-seat concert auditorium. During the falloff the next year, a sports complex was unveiled that boasts of a multi-purpose sports complex and a large swimming pool for competition training.

The Henrietta Barnett School is one of the most desired schools for enrollment in London. Entering this institution is quite difficult, owing to the great demand. Even though more than 2,000 students take the entrance exam, but a mere 300 are asked to return for the second rollout of tests. Very few places are up for grabs. It is arguably the most in-demand secondary school in London.

So to what does the Henrietta Barnett School owe its immense desirability? First of all, it is the sole girls’ grammar school in London. Secondly, it is the top-ranking school in London when it comes to GCSE and A-Level outcomes. Not surprisingly, the institution is very discriminating with selecting its pupils.   To address this limitation, there is a pending application for an expansion of grammar school. If allowed to pursue its plans, the secondary school can expand into a five-form entry. This translates to a rise in the volume of the sixth form.

The institution currently accommodates more than 700 students, however, if expansion plans come to fruition, Henrietta Barnett School will take in as much as 1,050 students, something local residents are eagerly looking forward to.

These are just a few of the best private secondary schools in London. While it may be true that there are schools that have superior academic offerings, it will always boil down to the student. A motivated learner will have the sky as the limit, regardless of where he or she studies. Combine this with one of the best places of learning and that student will likely have the world as its oyster. 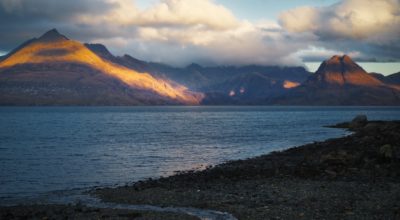 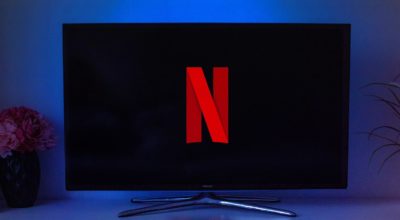