We’re all still stuck at home and the heat is starting to get to us here at DadBlog HQ. The kids are complaining that it’s too hot and sticky. It’s affecting their sleep routine and keeping them up at night, making for groggy children and somewhat irritated parents!

This post may contain affiliate links from which, we may receive revenue if you decide to purchase anything. This doesn’t cost you anything and helps support us with our hosting fees and giveaways.

Thankfully after a few years of practice I’ve got my “keep the house cool and get the house ready for summer” routine down and I’m here to share it with you.

This might seem like common-sense to some of us, but I’m always surprised at how many of my fellow parents aren’t ready for the hotter months and use the same TOG duvet all year round. I was guilty of this for myself before marriage and kids but that’s all changed – here’s my routine now!

Use The Right TOG

I bought 2-in-1 silent night duvets for myself and the kids and they are absolutely amazing. They come with a 4.5 tog and 10.5 tog duvet that have handy poppers in the corners for doubling up in the winter and separating during the colder months.

I’ve just taken the 10.5 off and run them through the wash ready for autumn (or as a spare for whenever the kids are poorly)!

Make sure you’re using decent cotton sheets, as this helps absorb sweat at night – I wash mine and the kids bedding once every two weeks during the colder months but I up this to once a week during the summer, as there’s nothing worse than getting into a sticky smelly bed after a long day!

Most kids bedding is either 100% cotton or a poly blend – do double check and treat your kids to some decent cotton sheets and don’t cheap out by getting them the nasty scratchy ones.

I’ve got a nice set of Egyptian cotton sheets on my bed (And some tartan bedding my wife picked out) and it really makes a world of difference.

I don’t know about you, but ever since I was a child, I’ve loved fresh bedding day and I still get abnormally gleeful jumping into freshly laundered, fresh smelling and aptly conditioned sheets and I wan’t my kids to have similar memories too!

If you’re lucky enough to have a garden or patio area then fill it up with an assortment of activities designed to engage but tucker your kids out.

When things get too hot make sure you’ve got a paddling pool, sprinkler, maybe a slip and slide or just get the hose out on em!

We found our paddling pool via PatioMate – we opted for a sprinkler pad for the baby and an easy-set intex for the older 3 and popped our slide into the pool for max fun.

This helps knacker the kids out during the day and come night-time they’re practically begging for bed.

Don’t forget to keep hydrated and try to stay out of the sun between 11am & 3pm. Always cover the kids in SPF50 every hour or more frequently if using non-waterproof sunscreen.

If you don’t have a garden then give the kids a nice cool bath before bed to wash away the nastiness of the day. It will help settle the younger ones and lower their body temp before hitting the hay.

How to Keep the Bedrooms & House Cool

This is key to getting your little ones to bed. As well as making sure we’re using the right type of bedding, we have a few tricks up our sleeve to keep the light and heat out.

I use a Velcro thermal black-out blind that really helps to keep the heat out during the day.

It also has the added benefit of blocking out the sun so my younger two don’t wake up at the crack of dawn shouting “DADDY, SUN SUN”.

Nope, not today matey’s, if I’m lucky I’m in bed by 2am and really don’t want to be up at 4:30 cheers! The blinds work for the most part and it keeps the kids asleep until 7ish on a good day.

We also have thermal curtains, these add an extra barrier to keep the heat out during the day, and the heat in during the winter.

My kids bedrooms are south west facing and you can really feel the heat if you don’t keep the curtains closed!

So try to keep them closed in rooms that are over-heating or get a lot of sunlight hours to help keep the temperature down. I’ve also just invested in film for the polycarbonate roof in the conservatory as it regularly reaches 40c in the summertime!

It may seem counter-intuitive, but close your windows and curtains during the day and leave them open at night to let the cold air in.

Let There Be Wind!

It’s worth investing in some decent fans for the bedroom too. I have an oscillating tower fan and ceiling fan working in tandem as their bedroom even with all the heat prevention it can hit a rather unpleasant 23-26c around bedtime.

After the kids have fallen asleep I sneak in to open up the curtains and windows and it drops to a much more pleasant 18-20c but without the fans they’d be up and complaining that it’s too hot all night!

Unfortunately fans do generate a bit of heat as with all other electronics and they won’t cool the air around them – they work by blowing air across the body and this helps evaporate sweat and cool the body down.

Don’t leave them on all day in the hopes that they’ll cool down a room as it doesn’t work that way!

Fans In or Out?

You should also consider pointing your fans facing towards the window when the air outside is cooler than the air inside. Open up a few other windows in the house to force a cross-breeze and you’ll find this drops the temperature in a room a lot faster than just opening the windows up.

We haven’t hit the height of summer yet, but as a fall-back we also resort to flannels in bed while waiting for the heat to drop.

I also rather foolishly invested in a large evaporative air cooling fan unit, also known as a “swamp heater” in the USA. I had one of these in a the top floor flat I used to live in many moons ago and thought it was a smart purchase…

In retrospect this wasn’t the smartest idea as they work by blowing less-humid air from outside through a water tank usually filled with ice-blocks and then spluttering moist cool air through-out the room.

Unfortunately the UK suffers from excessive humidity at the best of times and these offer limited relief when we’re looking at humidity levels of over 70%. I’m also by the seaside so 80%+ days are a regular occurrence here.

It does see a lot of use as it is by far the strongest fan I’ve ever come across and it’s fantastic at forcing cold air through-out the house come night-time but a few high-powered gym fans with a bowl of ice in front of it would have done the same job for a little less. Live and learn!

Should I Invest in Air-Conditioning?

Of course, if you’ve got the money then it might be worth investing in an air-conditioning unit. We did get one a few years back, but the portable units are so loud and cumbersome – I found the negatives outweighed the positives and I ended up returning it.

You also have to factor in draining the condensation tanks or drilling in the drain as the UK is rather humid. Air conditioners not only cool the air, but they reduce moisture and as a result these tanks will fill up once or twice a day and are a pain to empty.

You could get external units installed but then you’re looking at thousands of pounds and the negative effects on the environment for at best 3 months of humidity and heat.

Compare this to 2 x 40W fans at a cost of a penny an hour. I love my kids, but they can deal with fans until they’re ready to pay rent!

I have two dehumidifiers in the utility for drying clothes in the winter and on really humid days I bring them out to provide some respite from the mugginess.

It’s a bit of a balancing act as the dehumidifiers produce a lot of heat but they’re great at dropping the relative humidity of a room, making it feel cooler.

If I leave them running for 2-3 hours it’ll take 5-10L of moisture out of the air but increase the room temperature by 2-3C. Then you have to keep the doors closed or you’re just going to bring more humid air back into the room!

So I only tend to use them on days when humidity is 85%+ as I much prefer a dry heat to intolerable mugginess. The wife and kids however aren’t too sure.

All electronics give off heat when in use, old incandescent and even fluorescent bulbs are notorious for generating unwanted excess heat. So make sure the your lights and TV’s / Tablets etc aren’t on when not in use.

Thankfully LED’s produce a lot less heat than their older counterparts but they can still contribute to the overall temperature of the house. Keep em off when not in use!

Try to keep your fans off when they’re not being used as the electric motors also generate a bit of heat.

The Dimplex Ion Cool Tower Fan is questionably cheeky and has been designed in a way to include a thermometer that could arguably be misconstrued as a thermostat.

I bought this one in particular because it’s substantially taller than any other tower fan I’ve come across (107cm) – so it cools us down while in bed and the tilt function means the kids in the bunk bed can also feel the benefit from it.

Of course, it has mostly positive reviews from those who understand how fans are supposed to work. I personally love the remote control capability, although it does interfere with the TV, whether the ION function actually has any benefit is questionably, but it’s a lot quieter than most tower fans I’ve come across and the timer and oscillating features are well designed.

It’s truly miles better than the cheap tat you can get from your supermarket, but when you’re paying £70 for a tower fan you should expect it to be well thought out!

Washing machines and dishwashers can generate an enormous amount of unwanted heat that is hard to get rid of during the day, especially if you’re using the dryer cycle.

If you can, set your dishwasher and laundry to go off in the middle of the night ready for sorting in the morning.

I hope this guide to keeping your house and bedroom cool and comfortable was helpful! What is your summertime routine and how do you keep the kids happy at bedtime?

Do keep hydrated, drink lots of water – I’ve invested in a britta maxx filter for the fridge so there’s always 4L of cold water on demand. There’s nothing worse than being parched and the only thing on offer is tepid chlorine water.

Take a look at the NHS guidelines for how to keep safe and cope during a heatwave as well.

Leave us a comment below as we’d love to hear from you! 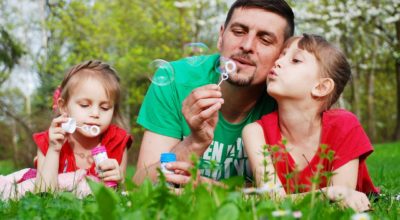 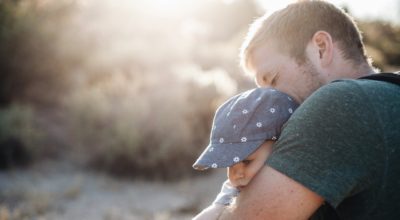